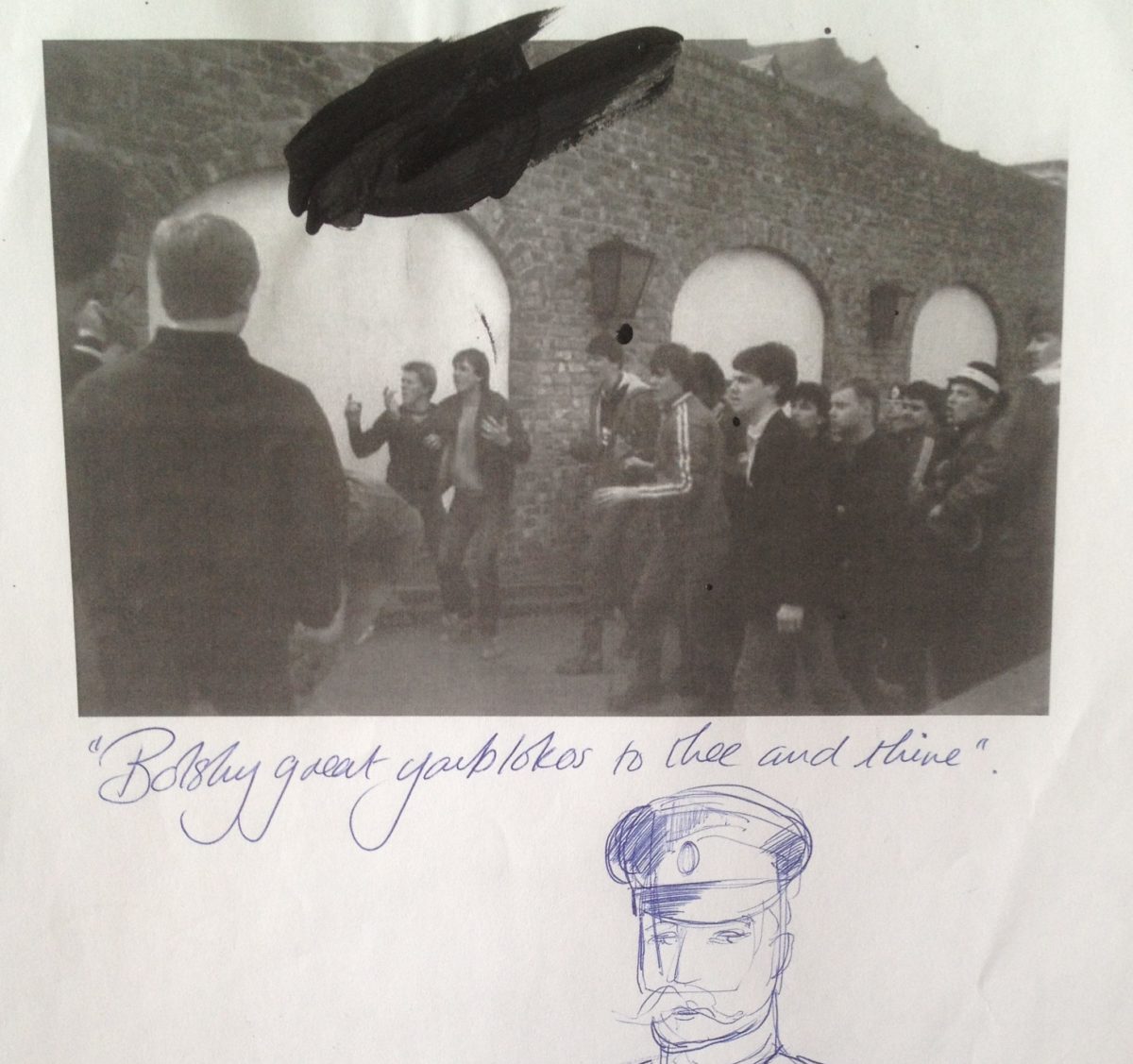 British football culture has long fascinated Richard the Photocopier. Its idiocies, its fashions, its smells, its march from being a rabid, unregulated, violent cavalcade to a bovine testing ground for control through entertainment, have been played out in front of him since the mid 1970s.  And very often, he couldn’t be arsed understanding it. It was an ever-present shade, formed from Albion’s darkest, most begrimed and befouled  underground recesses. It needed no explaining, outside of it being a perfect help-meet for the heady, Ice Cream War  dreams of British militarism. These photocopies were deliberately photographed in a manner that left questions, showed edges, felt scruffy, uneasy. Like the past they depict.