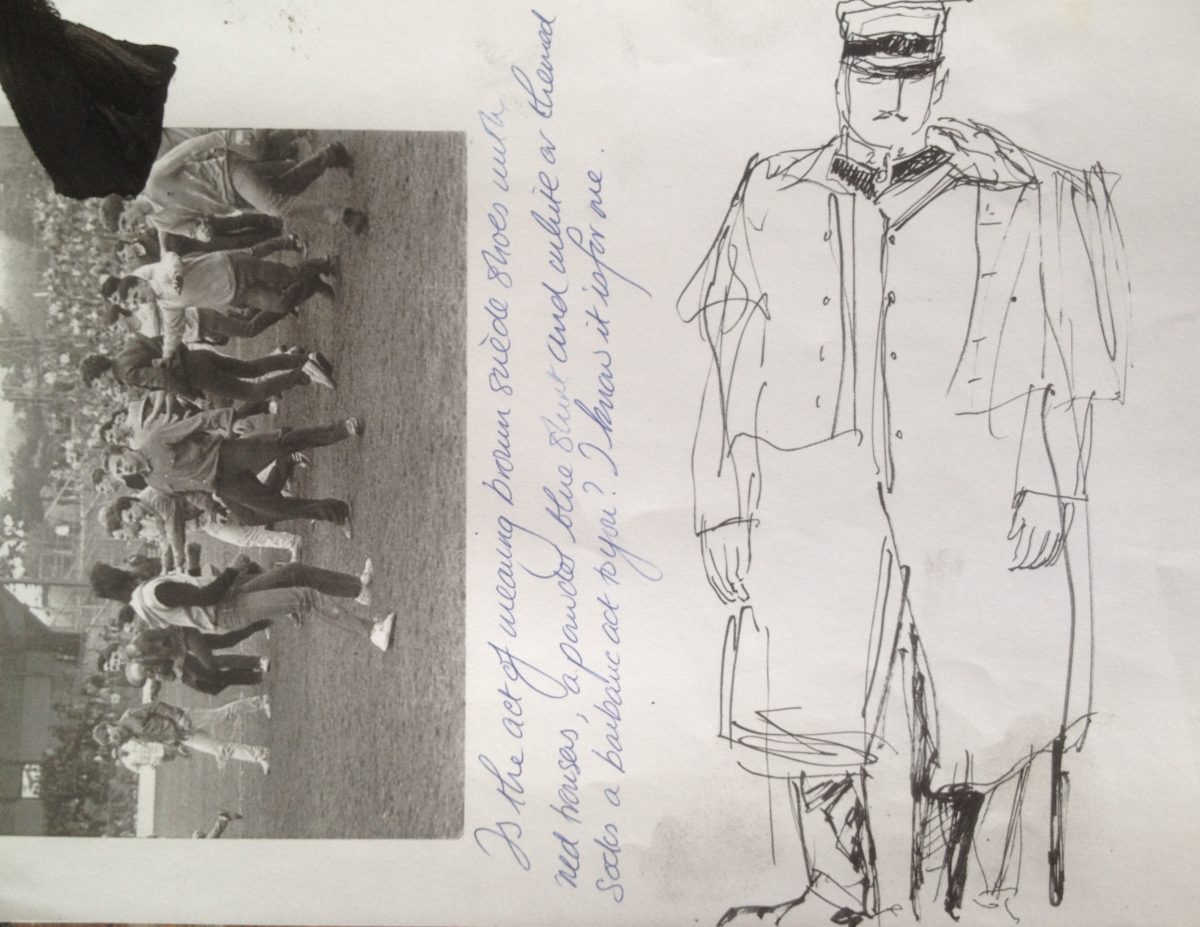 Football has always kindled a creative spark for me. I remember very little about my first games from the 1970s but can vividly remember the atmosphere of pent up rage, hard-bitten humour and machismo. And the “Fauvist”, iridescent green of the pitch.

When young my love of football also found expression through my obsession with kits from the 1920s and 1930s. Why, I wondered, couldn’t the 1970s footballer wear the (to me) much more elegant styles of the inter-war years?  During the same time (1977-1983), I was engaged in painting the “Lace War” armies of the C18th Austro-Hungarian Empire. This  venture got out of hand very quickly. Somewhere in my parents’ loft marches every regiment that fought at Waterloo (Airfix HO/OO scale figures) and a fair number of figures depicting the terrible opening battles of the First War.

During 2011-12, I returned to examine this thematic link, discovering that there may be more in it than my pre-adolescent whims let on. These are sketches from a day long “draw-in” in Leiden’s then un-renovated Scheltema. The day also saw me down a crate of ale, with the aid of a cheese sandwich. The uniforms are those from all combatant armies of The Great War.