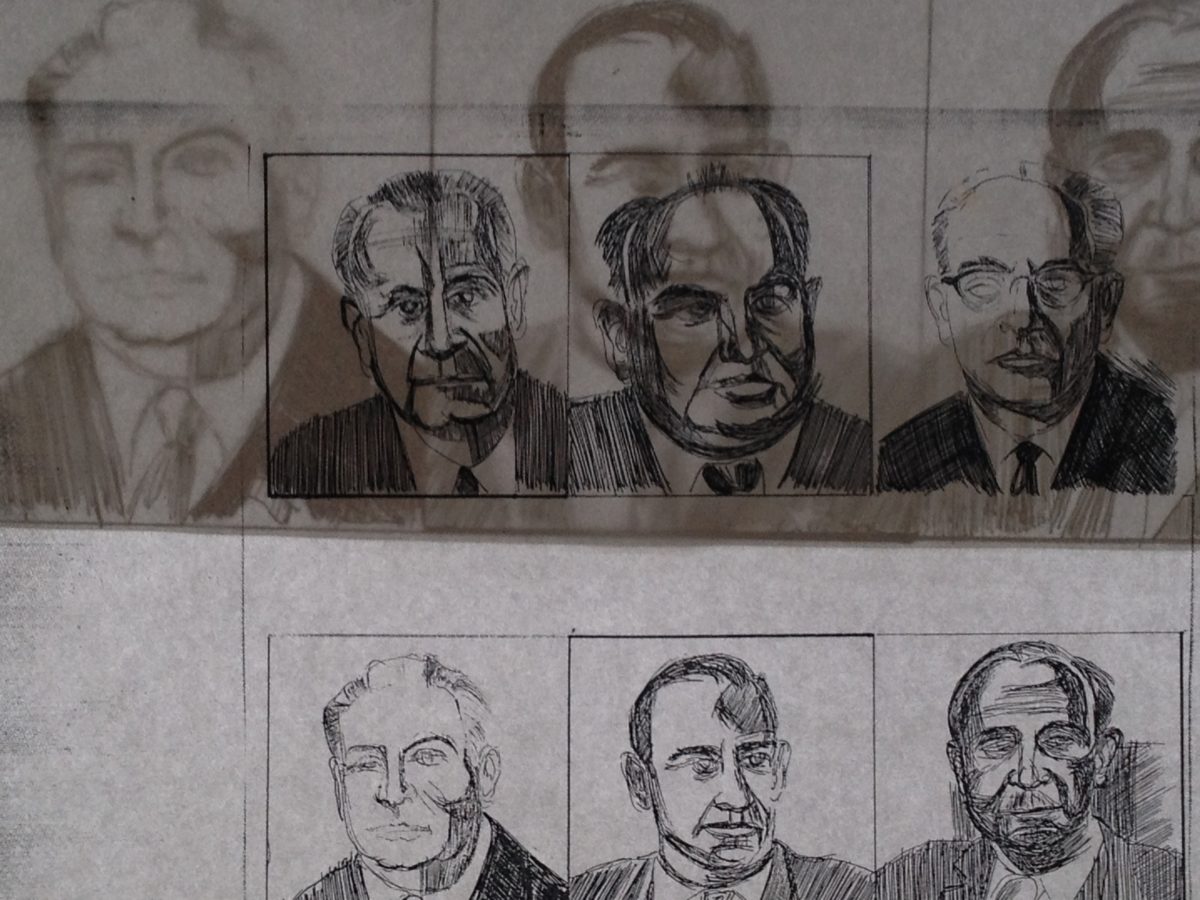 I used to like going to the Columba Club or Felling WMC in Felling, with my granda in the very late 1980s/very early 1990s when I studied at the university of Newcastle upon Tyne. We’d sometimes got to the allotment beforehand to get some tomatoes from the greenhouse. I remember one night when my granda celebrated 60 years in the Labour party; 1932-1992. Labour Chief Whip Derek Foster came. No relation to the curator.

These photocopies of multiple drawings of Politburo members (including – I think – Gorbachev, Andropov, Chernenko and Gromyko) somehow bring to mind the club members. I don’t want to speculate too much about any political similarities or sympathies. It was both a different world and looking at a different world, back then.