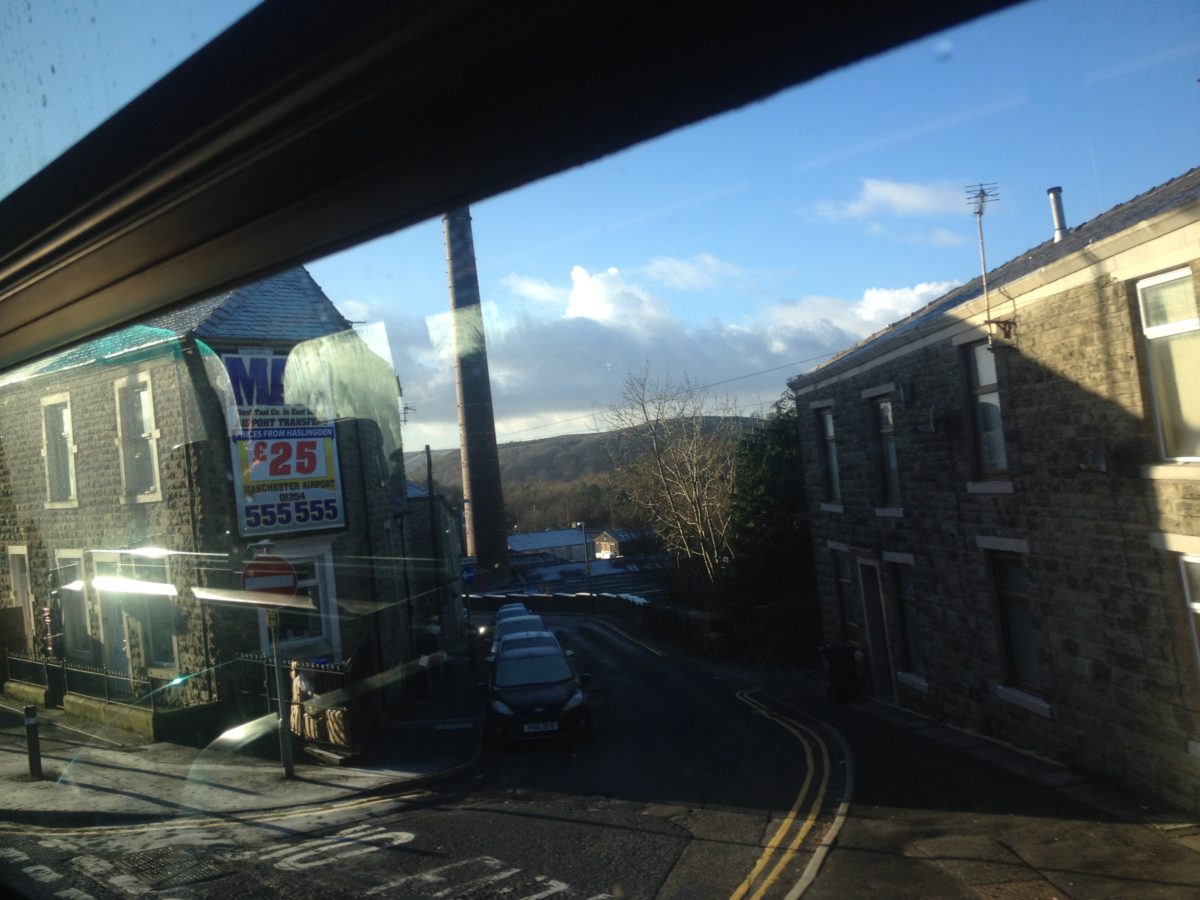 These are photographs that I wanted to make into photocopies, but didn’t. Not because of their suitability or otherwise as I’m not sure whether the concept of suitability, as such, plays any part in this particular reproductive process. I still think that the grey furze of the photocopied image does to some extent replicate the film between your sight and inner sight. In that respect anything photocopied (in effect performing the act of taking one step away) brings us one step closer to understanding something.

But sometimes the time between the photograph, or drawing, or the discovery of the objet trouvé, takes time to determine. In this series of posts I also wanted to show you what East Lancashire looks like in winter from the top of a bus. I’ve had many an adventure on the bus to Manchester, and heard lots of stories, like “what would die first in a desert, a rat, or a camel?”

Time doing nothing is not time wasted. (Georges Remi).