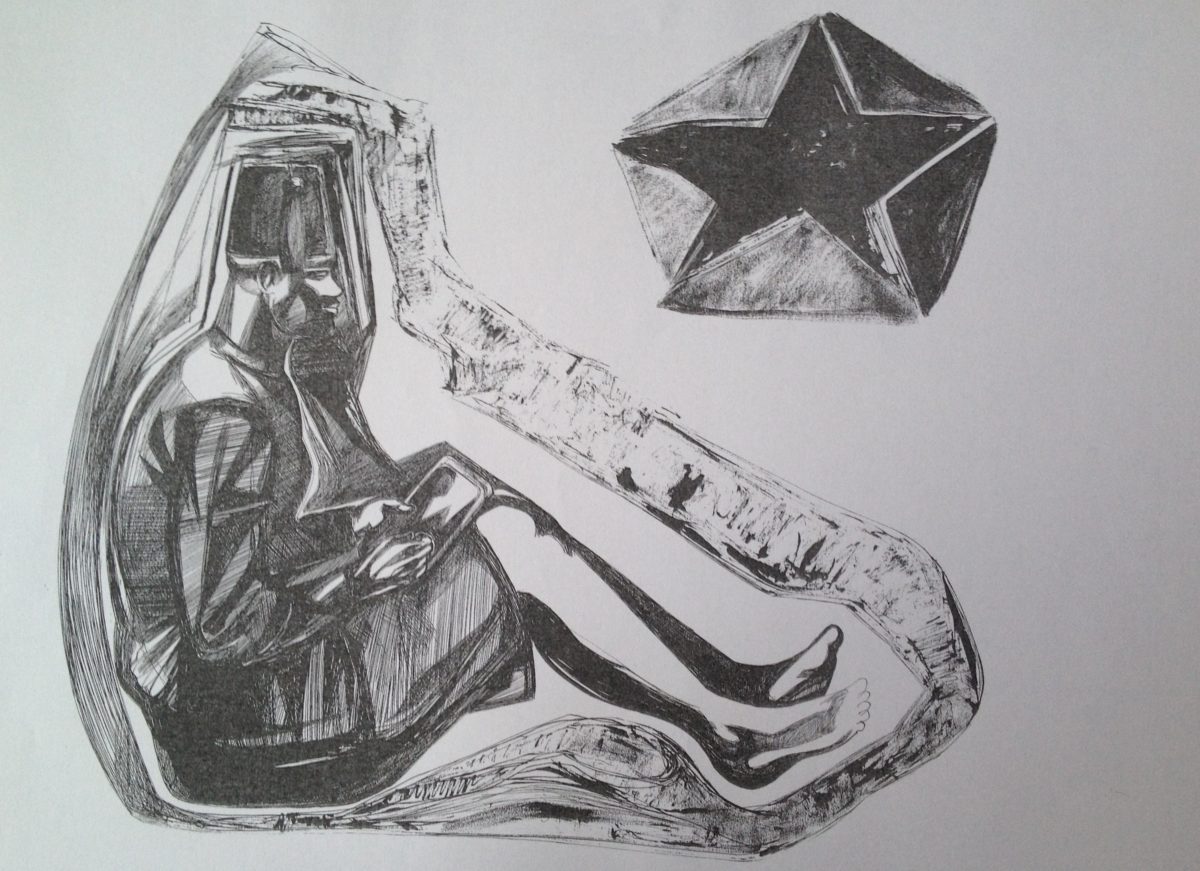 Life seems to be led in a bubble of our own current fancies. This is true in the Netherlands, where I live, where my longstanding obsession with images of the descent from the cross and the last judgment are often put politely to one side.

Over the summer, I decided to throw out all my old papers and photocopies and paintings. My friends Paul and Dan rearranged them for me and added their own mark. The resulting works were shown – and remained – in Rotterdam.

The three new works somehow managed to have an air of the Baroque, and Northern Renaissance images I have long admired. Details of two are shown here in black and white. I wonder what’s going to happen when giving answers to everything stops being a going concern.