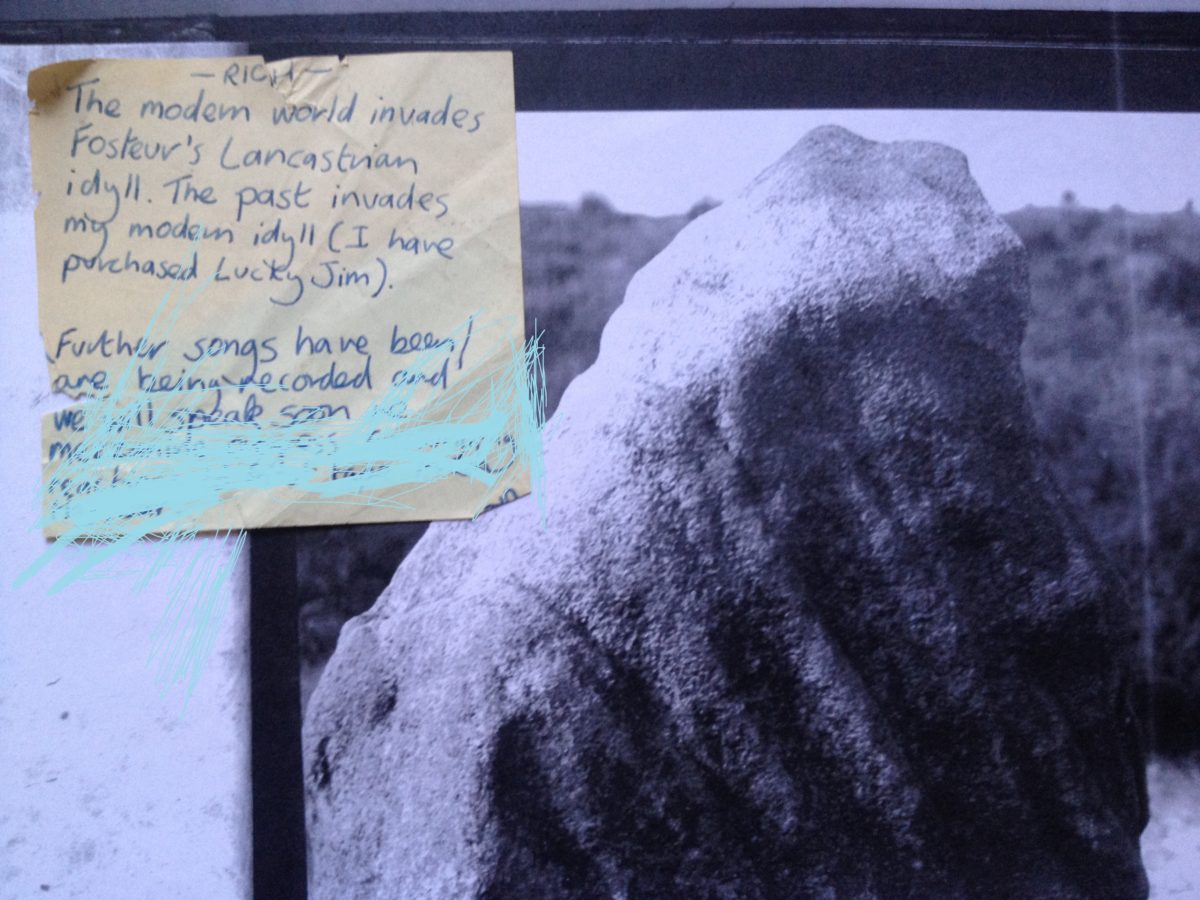 Sometimes you can see a peculiar kind of blue in Accrington. You can normally see it when the sun goes down behind the hill where the former NORI brickworks use to be. (It’s now a new housing estate.) The afterglow spreads over Accrington Stanley’s ground, and then casts a peculiar blue green light into the back room of my parents’ house.

I still find it a remarkable light, something I haven’t seen anywhere else. I always found its appearance a very hopeful sign and – like the two Haitian angel/devil tin cats hanging on my wall – still draw on its presence.

In the very early 1990s, when I left Felling, I spent some time living back at my parents. Sometimes letters from friends, (whose lives seemed to be far more exciting, or at least much more dramatically, entertainingly, boring than mine) would summon up this blue light. Places like Bedford, Lutterworth or Chesterfield, Aberystwyth or Chalfont St Peter loomed large in the imagination. And, around 1993, London. A place seen only three times previously. And then in passing. I began to draw what London would be like, if I ever went.

The 1990s, where letters would stop and start amidships, beached by thoughts or sudden displays of emotion. A time when the World of Word Processor leaned like a sinister uncle over your shoulder.

The past is my playground.