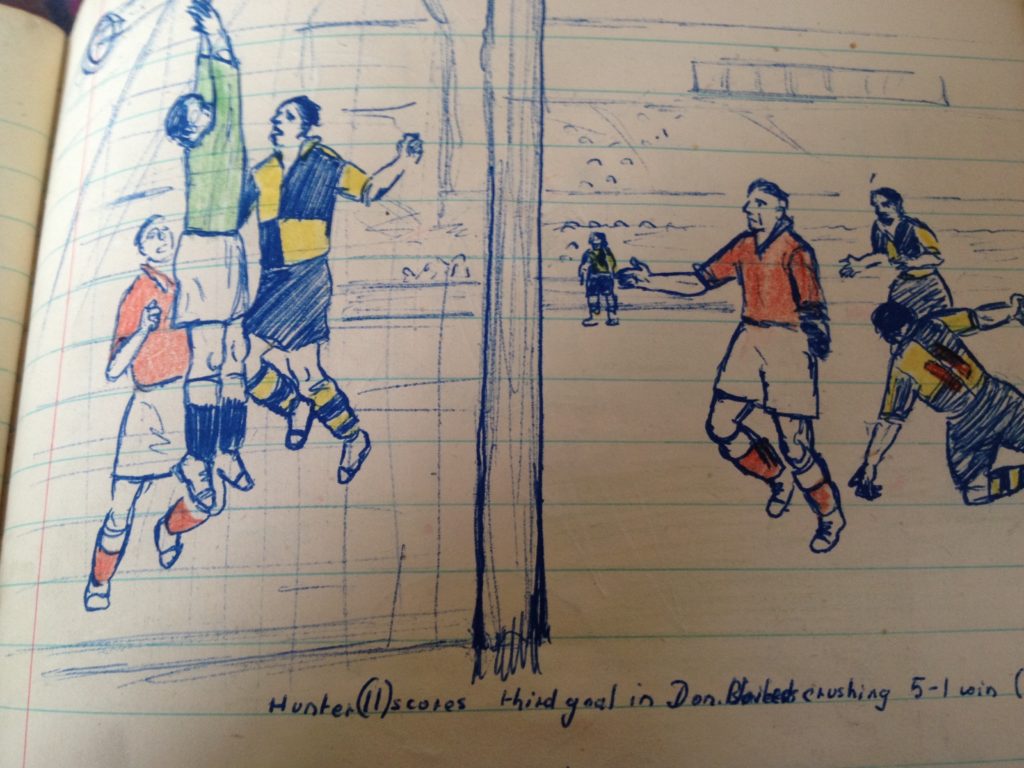 A late image (this is when the brothers had invented their own fantasy leagues). Note, too the byro, which replaced the pencil and crayon of the earlier league records.

My father and my uncles requisitioned Felling Labour Party branch’s minute books (on which my granda was Chair) in the late 1940s and early 1950s, in order to keep a record of their Subbuteo leagues. In the current climate of mistrust and self-righteousness, I find this an oddly comforting thought.