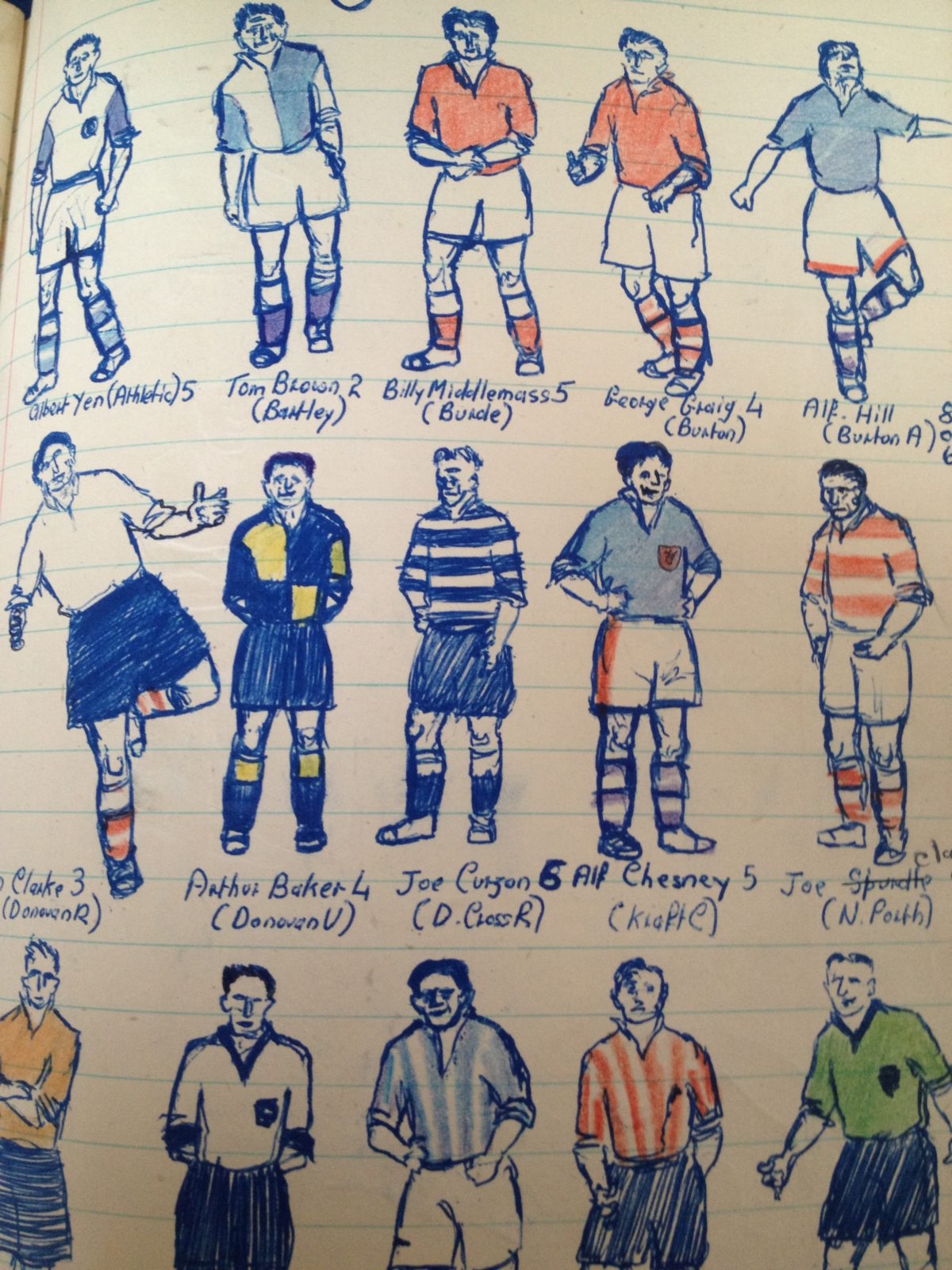 My father and my uncles requisitioned Felling Labour Party branch’s Minute notebooks (on which my granda was Chair) in the late 1940s and early 1950s, in order to keep a record of their Subbuteo leagues. In the current climate of mistrust and self-righteousness, I find this an oddly comforting thought. How much fun football seemed back then, channeling the same nerdy impulses into something creative and throwaway, not phone ins or blogs ranting on about stats.

What is encouraging – and something we should remember about the human condition – was the gradual move towards the imagination; the League teams not as interesting in the long run as a set of fantasy teams with their own  stars and villains. You can see that in the main image in this post.

One interesting fact is that the Labour party’s rosette from the late 1940s was dark olive green with a white centre (replete with the words “Vote Labour”) with green and white ribbons.