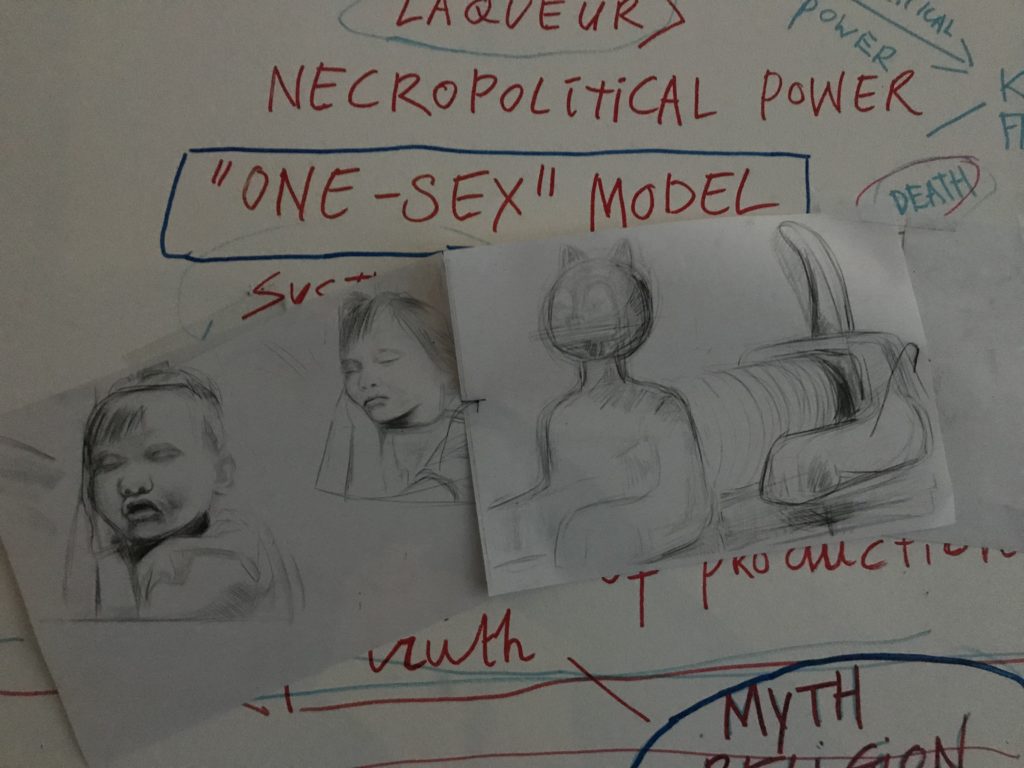 A photograph of a line of photocopies imposed on a wall in Brussels Schaerbeek. The photocopies were first stitched together and then sellotaped strategically to the wall (which displayed a treatise on the politics of sex; the remnant of the previous exhibition). Here we see photocopies employed as imps of legend, there to obfuscate, upturn or confuse. No answer need be given. Image sources are: a bastard marriage of the Sphynx and a Czech communist-era toy, and Soviet children sleeping. Part of the opening – and ending – of the inaugural Sleeplife residency (KAK Brussels, December 8-12, 2019, CE). This was taken during the show.